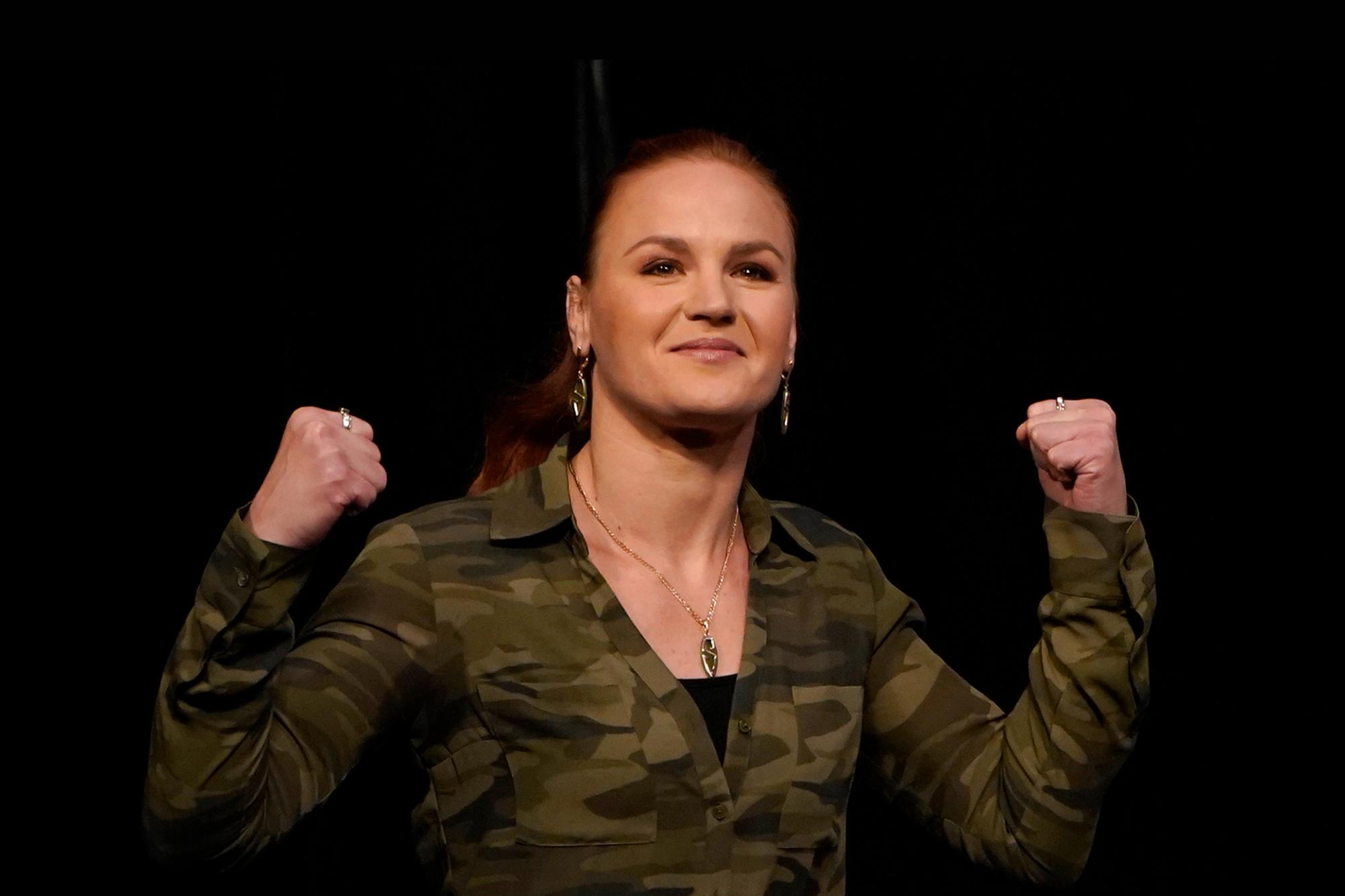 Valentina Shevchenko Keeps The Focus On Herself

Whether It's Movies or MMA, The Champion Mindset Is Nothing New
By Jon Gagnon, on Twitter: @JGagnonUFC • Feb. 6, 2020

Valentina Shevhcenko was bred to be a champion.

She’s known it since the early days of her childhood, and over the last two years she’s shown the world what she always knew would be her destiny. She’s been the UFC women’s flyweight champ since December 2018, and before her entrance to the UFC she was a 17-time Muay Thai world champion.

It was that run as a Muay Thai world champ that made a transition to the UFC smooth because the bright lights didn’t faze Shevchenko. And they won’t faze her this Saturday at UFC 247 against Katlyn Chookagian, when she attempts to successfully defend her belt for the third time.

“When I had my first UFC fight I was already a 17-time Muay Thai champ,” Shevchenko said. “I know what it looks like and nothing is surprising for me. I was trained physically and mentally since my childhood to be the champion.”

It’s been about six months since we’ve last seen Shevchenko; prior to that she defended her belt twice in a two-month span. The time off wasn’t to rest up, as she’s been training and traveling hard as ever. But the opportunities and obligations of a UFC champion sometimes get in the way of the Octagon.

Shevchenko has been filming alongside Oscar-winning actress Halle Berry in a movie titled “Bruised”. It was an opportunity Shevchenko couldn’t pass up, but she assures it did not affect training.

“I want to compete as much as I can,” Shevchenko said. “I was busy with the Halle Berry movie. It was a good opportunity to be there. I’ve had a very full schedule since the last fight.”

Although she’s maintained an active training schedule, Shevchenko admitted things can get harder as a champ. Her training and preparation is the same. But the mentality of a champ requires something different since she knows there is always someone next in line – a slew of challengers who want a crack at getting to the top of the mountain. If she lets her guard down for a second, she risks losing the belt.

“Training is the same, if not harder, because you can never rest,” Shevchenko said. “Each fight there will be another challenger who will want the belt. My mindset can never be to give the belt, so that’s why I make all my training very hard. The rest is the same; traveling, enjoying the life, and meeting good people who are in the MMA culture.”

Perhaps her consistent preparation is why she’s been so successful. Shevchenko studies her opponent thoroughly – she was quick to point out Chookagian’s impressive ground game. But there’s one constant in Shevchenko’s preparation: she focuses on herself.

If she prepares for everything then it doesn’t matter what her opponent delivers. She’ll never be surprised.

Order UFC 247 For Any Device

“I watch (Chookagian’s) fights,” Shevhcnko said. “She has standup and ground game. But for me it doesn’t matter what challenges she brings because I’m ready for anything. I will do what I should do to maintain and keep the belt.”

Shevchenko hasn’t come close to losing the belt yet. In fact, her UFC career has been nearly perfect. In eight Octagon appearances she has six victories and her only two losses have come against Amanda Nunes, the bantamweight and featherweight champion who is widely considered the G.O.A.T. of women’s MMA.

With Nunes and Shevchenko looking invincible against all their challengers, the talk of a third fight has been surfacing.

“I’m not thinking about Amanda right now,” Shevchenko said. “I have my competition with a different name as my opponent, so it doesn’t make sense to worry about the next fight.”

But even the laser-focused Shevchenko couldn’t let the conversation end like that.

“But the last fight, it was totally a wrong result and everyone knows I won that fight,” Shevhcnko said about her split decision loss to Nunes at UFC 215. “It doesn’t depend on if she wants the fight or if I want the fight; everyone wants the fight. I know it will happen sometime. I don’t know when or where, but I will be ready.”