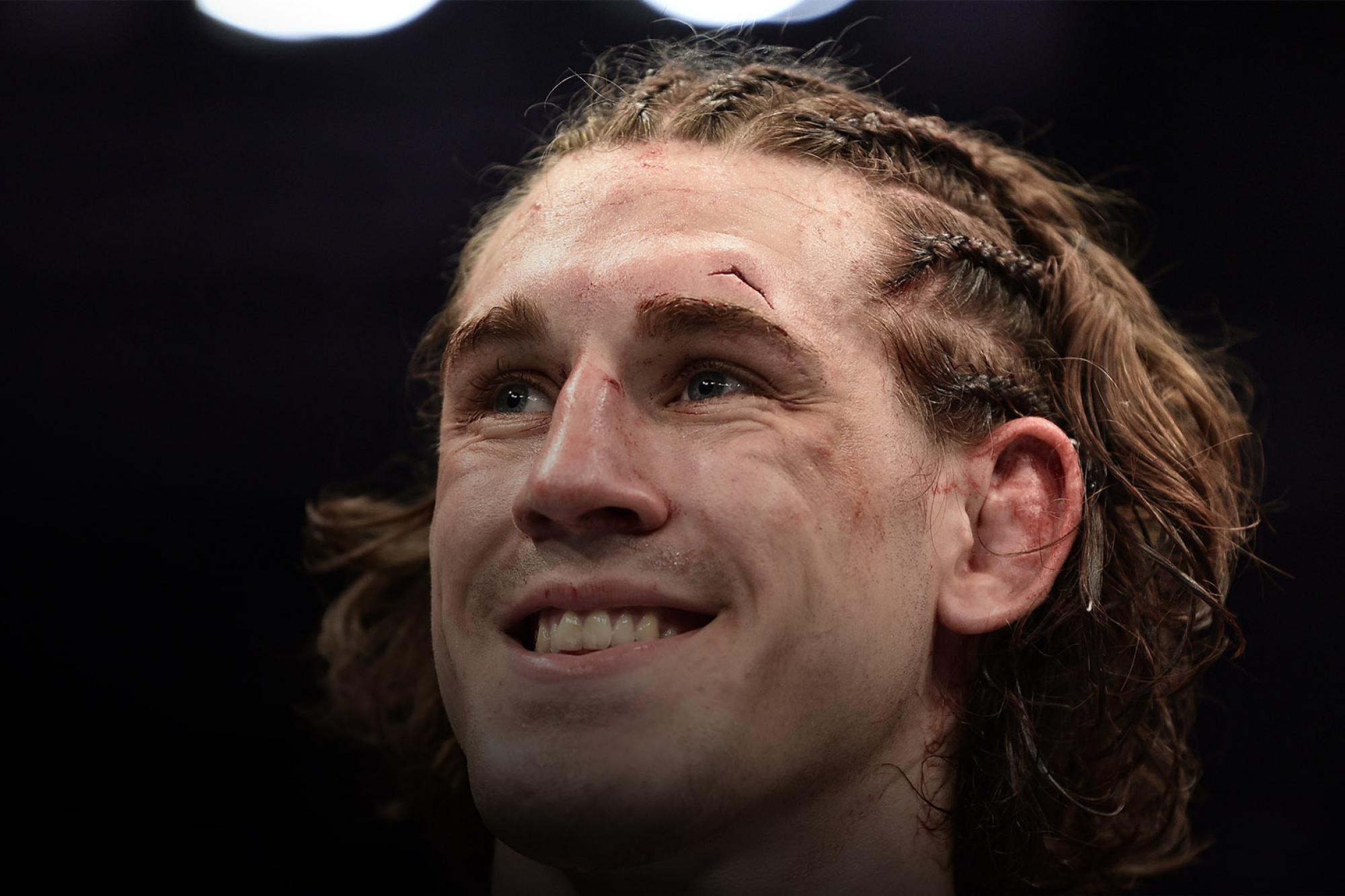 Brendan Allen Is All Business

Brendan Allen turned 24 just three days before the new year, but when you speak with the rising middleweight prospect, he comes across much older.

Poised to make his second trek into the Octagon this weekend in Norfolk against fellow up and comer Tom Breese, the Roufusport representative doesn’t exhibit the same youthful exuberance you see out of most UFC sophomores, nor does he display any of the telltale signs of someone focused on turning his opportunity on the big stage into a means of increasing his level of celebrity or social media standing.

He’s direct with his answers, confident in his skills, and fixated on two things: handling business inside the cage and heading home to his wife, his daughter, and the rest of his family.

“I just come to show that I’m the best, that’s all,” said Allen, who went 3-0 in 2019 to extend his overall winning streak to five, capping out his outstanding year with a second-round submission win over Kevin Holland in October. “I try to handle business on fight night, get my money, and go home.”

While most fighters will tell you they are the best in the world if given the chance, there is a small segment of the professional face-punching population that can do so without it sounding like they’re trying to convince themselves more than anyone else. It just kind of rolls off their tongue in a matter-of-fact manner, no different than if you asked them the weather or what they had for lunch the previous day.

Allen has a little of that and not only is he willing to express it, he’s shown flashes of potentially being able to back it all up inside the cage as well.

“I always want to show that I’m the best in everything I do,” said the former LFA standout, who earned his UFC contract with a first-round submission win last summer on the Contender Series. “I don’t work, I don’t leave my family, I don’t kill myself to be mediocre or the bottom of the pack. I’m trying to be the top dog.

Allen showed his tenacity and ability to work through rough situations during the opening round of his debut last fall in Boston, when an early grappling exchange resulted in him being on bottom, searching for leglocks and ways to scramble free as Holland attempted to posture up and land heavy blows.

With the broadcast crew questioning his willingness to accept the bad position and warning it could be a mistake, Allen continued to look for ways to shift things in his favor, only to have Holland open a deep gash on his forehead with a slicing elbow that immediately sent blood streaming down his face.

“I wanted to see what he had,” Allen said, reflecting on the early grappling exchange. “I don’t know why, but recently I’ve been getting lackadaisical on the ground, so I kind of let him turn into me. Once I felt him, I knew I was better, I knew I was strong, and I knew there was nothing he could really do to me that would endanger me.

“The elbow hit and, honestly, I didn’t think he was going to throw the elbow because he had an opportunity to do it before and didn’t, so I just grabbed his wrist. As soon as I let go of where I was at, he hit me, and I thought it was funny. I smiled at him and then it was time to turn it up.

“In the second, I knew he didn’t want to stand with me, even though he said he did,” continued the promising newcomer, whose three career losses came against current UFC competitors Trevin Giles, Eryk Anders, and Anthony Hernandez during their days on the regional circuit. “I knew the pressure and me touching him, getting closer to his chin (was getting to him), so when he shot the shot, I was like, ‘Let’s go with it.’ I dropped to guard and started working from there, which could have been a stupid move if it went to the judges, but it didn’t.” 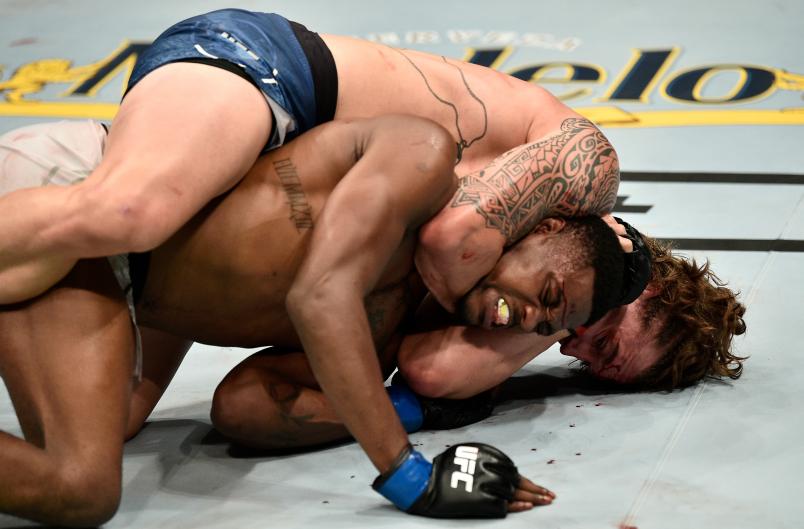 It didn’t because Allen was able to create a scramble and land on top, eventually working to mount and then Holland’s back, where he laced up the fight-ending choke before even securing his hooks.

A slight underdog heading into the fight, it was an eye-opening performance for anyone who was getting their first look at the UFC newcomer, but the kind of effort Allen promises to deliver every time out.

“And I’m in it until the end,” he added. “I’m not there to flake. I’m not there to quit. No matter how I feel, no matter what is happening, I’ll never quit; I’ll never give up. You’ve got to do something to make my body not work, and I know that about myself, which is where some of that confidence comes from when I’m going in there.”

It’s that mindset and unwavering self-belief that has him eagerly looking forward to Saturday night, when he will step back into the Octagon for the second time and go toe-to-toe with Breese, a fellow emerging talent with top-end potential whose rise has only been slowed by a pair of extended periods of inactivity.

“At first watch, my first thought was, ‘Man, I’ve got to mind my Ps and Qs, but a win over him really makes a statement,’” Allen said when asked about the man he’ll face this weekend on the campus of Old Dominion University. “After sitting down and breaking down his tape, I feel like it’s a good fight.

“He has a really pretty, really good left hand, but other than that, I don’t think he’s got anything for me. Once I shut his two down, it’s going to be a very, very long night for him. I’m going to give him ways out and it’s up to him if he wants to take them.”

Plenty of people talk a good game, but only a limited number actually back it up when the time comes, and Allen fancies himself part of that select group.

“I don’t like talking a whole bunch,” he said. “I like to prove it. (Saturday night), I’m going to show that he’s not as good as people think he is and that I am as good I think I am.”