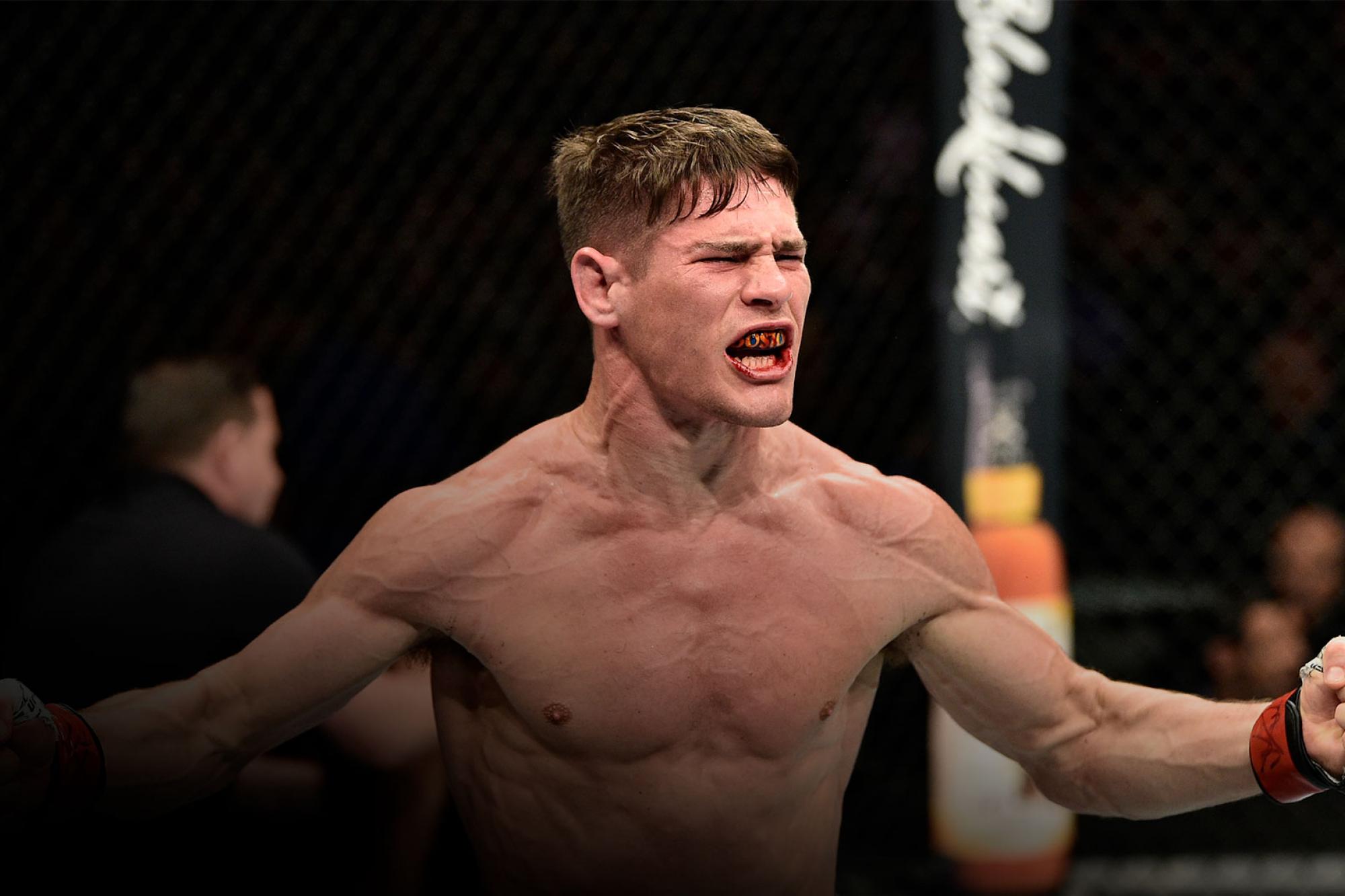 Charles Rosa Getting Exactly What He Wanted

Charles Rosa wanted to get back in the Octagon right away after his loss at UFC 249. He got his wish.
By Thomas Gerbasi, on Twitter: @TGerbasi • Jun. 11, 2020

As fight fans watched Charles Rosa and Bryce Mitchell battle it out in the UFC’s return last month, the assumption was that the one thought racing through Rosa’s mind in his second bout back from neck surgery was a simple one.

“Not the neck, anything but the neck.”

Rosa laughs, but despite having his neck pulled in every direction by Mitchell before “Thug Nasty” took the unanimous decision win, he had no medical issues that night and no ill will towards his opponent.

“That's part of the game,” said Rosa. “It's killed or be killed and that's the way I look at it. They call it the hurt business for a reason, but luckily for me, I'm healthy, my neck held up good, and it gave me some more confidence moving forward. My fight against Manny (Bermudez), I took some punches so I know I can take them, and in the last fight, I took some cranking on my neck, so I'm really confident and feeling good and I'm ready to go to work this weekend.”

Yes, this weekend. A little over a month after the Mitchell fight at UFC 249 in Jacksonville, Rosa is making his Las Vegas debut against Kevin Aguilar.

“I'm pumped,” he said. “I just gotta get this L back and it's the only way to do it. I told my manager Jason House and (American Top Team’s) Dan Lambert that if anything comes up, I can make weight in seven to ten days, just let me know. I'm down to fight and I want to get this one back. I'm hungry, I was back in the gym the next day after the loss, I was healthy, I didn't take any real damage in the fight because it was more of a grappling match, so I'm happy to get back in there. It's exactly what I wanted.”

Rosa, who has a side gig as a chef in his adopted home state of Florida, even gets 10 more pounds to play with this week, as the bout is being held ten pounds north of 145 in the lightweight division. The 33-year-old was confident of making the featherweight limit, but when Aguilar wasn’t given the short notice, the two agreed to fight at 155. It’s familiar ground for Rosa, who fought there several times in his pre-UFC days, and though he’s never competed at that weight in the Octagon, he’s not ruling it out depending on how things go on Saturday.

“I'm interested to see how I feel not having to cut the weight because I wonder if making weight for my last fight seeped some of the energy out of me,” he said. “I'm getting a little bit stronger now because after my neck surgery I got a lot more muscle than I had before. But I'm a featherweight and that's where I was planning on fighting and that's where my goal is. But I don't mind jumping around weight classes; I'm down to fight whenever and whoever.” 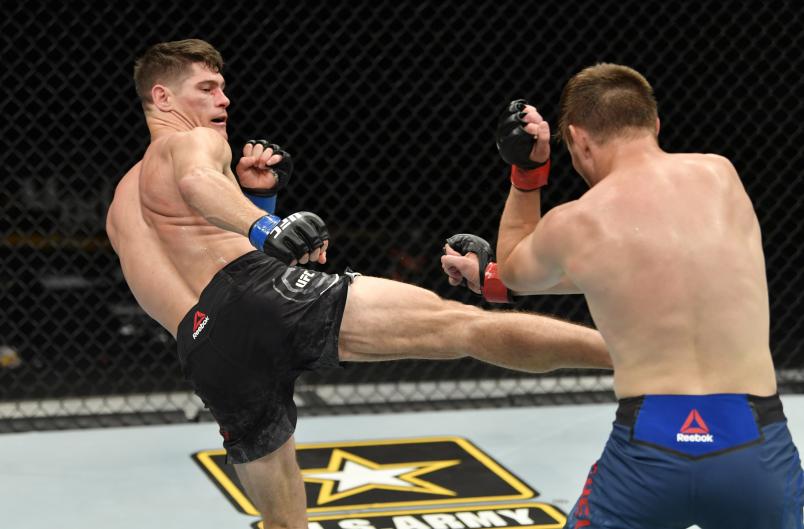 JACKSONVILLE, FLORIDA - MAY 09: (L-R) Charles Rosa kicks Bryce Mitchell in their featherweight fight during the UFC 249 event at VyStar Veterans Memorial Arena on May 09, 2020 in Jacksonville, Florida. (Photo by Jeff Bottari/Zuffa LLC)

That’s been Rosa’s M.O. since his short notice debut against Dennis Siver in 2014. Since then, he’s battled a steady stream of killers, winning some, losing some, but always leaving an impression with not just his skill set, but his heart. That was in evidence again when he faced Mitchell and refused to tap in positions that would have defeated lesser fighters.

“I was raised by my dad and my grandfather and my uncle to never give up,” Rosa said. “It's something I was taught at a young age and it's something I pride myself on and it's something I feel helped me get to the UFC, which is not quitting in those situations. I had a fight in CES where I dislocated my shoulder and I still won the fight with an armbar after that. These are things that make fighters special - not giving up when the going gets tough. I'm willing to put everything on the line.”

He'll do it again this Saturday, hoping to turn his deceiving 3-4 UFC slate into a .500 record. That’s not where he ultimately wants to be, but it’s a start, and he knows that MMA history is filled with examples of those who got past tough times to make it on the world’s biggest stage.

“I know from watching guys that have inspired me, watching guys like Jorge Masvidal and Robbie Lawler, guys that have been down in their careers, they were able to build back and become superstars. These are guys I look up to, and if it's been done before, I know it can be done again. And this is what fighting is. It's about getting knocked down and getting back up. You saw it last week with Cody Garbrandt. He loses three fights in a row and people thought maybe he was done, and he comes back and has one of the most vicious knockouts in UFC history. These are all things I look at and I put them together and they give me extra motivation.”

The Rise of Jan Blachowicz

Follow the rise of Jan Blachowicz as he made his way through the ranks to a light heavyweight title shot against Dominick Reyes at UFC 253.