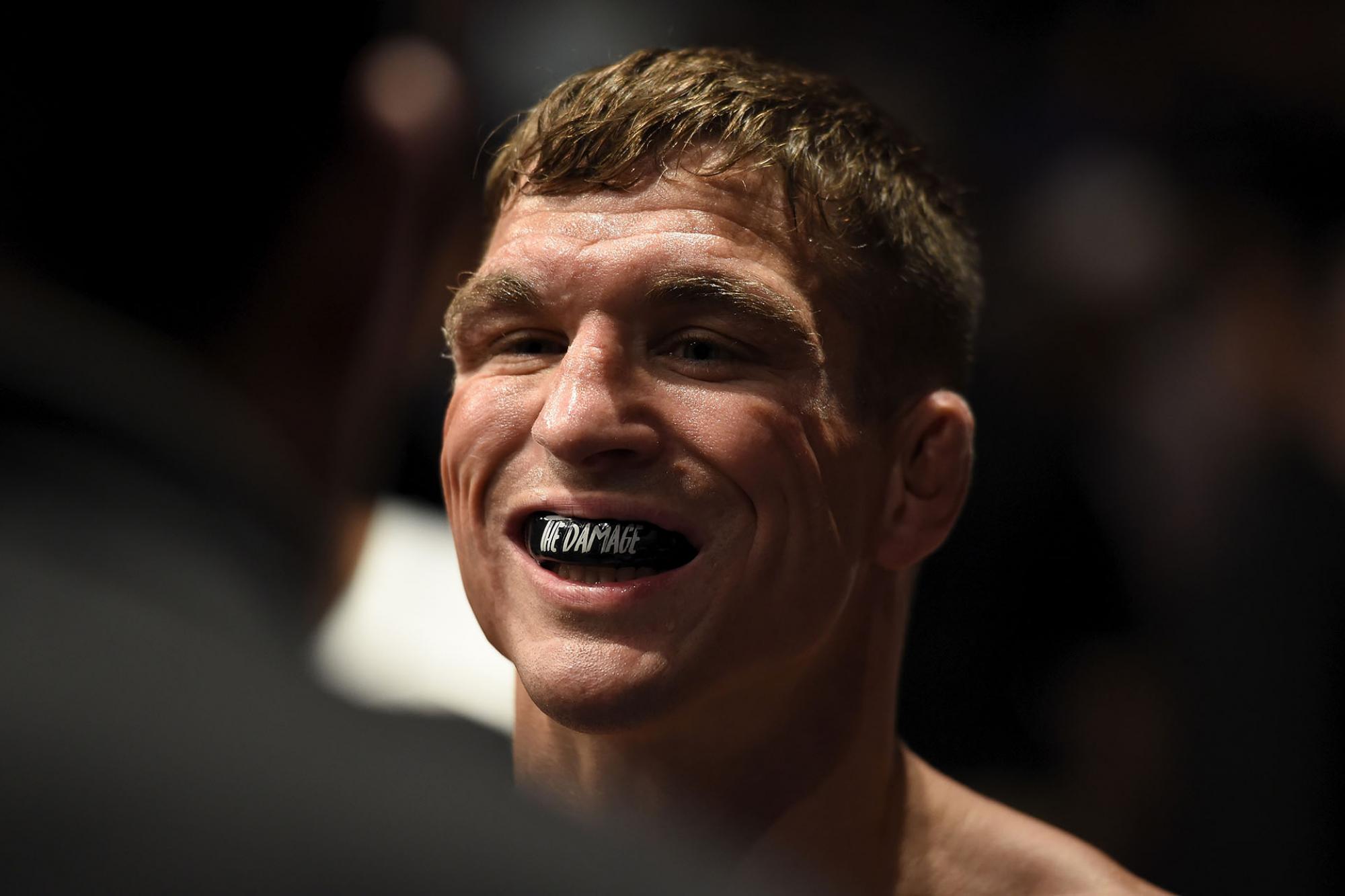 Darren Elkins' Rollercoaster Back To The Octagon

Featherweight Reflects On The Current Crisis, And Getting Back In The Win Column
By Thomas Gerbasi, on Twitter: @TGerbasi • May. 14, 2020

It’s the question every fighter competing in Jacksonville this week has been asked: What’s it going to be like fighting without a crowd?

Some have gotten a little taste of that experience through The Ultimate Fighter or Dana White’s Contender Series. Others, like Darren Elkins, had a different take on it from early on in his career.

“I was talking to the guy who got me into fighting, he was the one I used to train with before I came out here, Keith Wisniewski,” said Elkins of the UFC veteran, who competed four times in the Octagon, the last fight coming in 2013. “Keith got me into Bodog, and that was before a crowd of like 20.”

And none of the folks in that venue in Vancouver, British Columbia were fans; just the competitors, officials and production crew.

“You could hear every punch you threw,” recalled Elkins, who submitted Atsuhiro Tsuboi in less than two minutes in the August 2007 bout which lifted his pro record to 4-0. There wasn’t the traditional bells or horns, either, just “cut” and “go” for the promotion’s broadcast. When it was over, Elkins would still battle it out on the local circuit at home in Indiana, but he assumed once he made it to the UFC in 2010 that the days of fighting in empty venues was over. 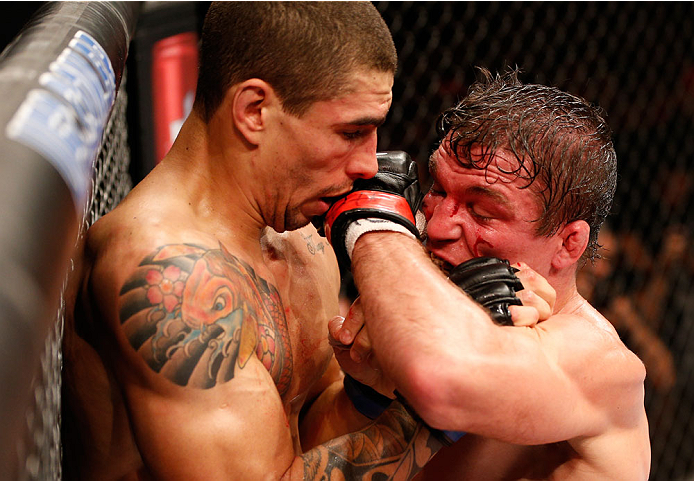 Until the COVID-19 pandemic changed everything. This Saturday night, Elkins makes the walk to the Octagon for the 22nd time when he faces Nate Landwehr in Jacksonville.

“You've got to find your own way to get motivated because that crowd isn't going to give you that energy level you usually have,” admits Elkins, who has used that energy of the crowd to carry to him to some of his biggest victories. But on the heels of a three-fight losing streak, “The Damage” is not wanting for motivation.

“It's been a long time,” he said. “I've been working my ass for a long time, even before this, so I'm just excited to put myself to the test again and see how my improvements pay off. I'm always looking to compete, so it's going to be a great time. It's going to be crazy, it's going to be strange, but I'm looking forward to that. Life is about change, and I'm just gonna change with it and keep going.”

Elkins is referring to the different circumstances surrounding this event, but he also made changes long before the pandemic hit, as he re-evaluated where he’s at in his career and where he wants to go after a decision loss to Ryan Hall last July.

“I've been reassessing what I want to do next, what my next career move is,” he said. “I've been grinding, staying busy and working. But I felt like maybe I needed to step back and fix some things that I've really been having trouble with and make some really good improvements instead of fighting, fighting, fighting.”

Dealing with the constant grind of fight-training camp-fight can leave little room for a fighter to grow or add new tricks to his arsenal. But after the loss to Hall and two previous defeats to Ricardo Lamas and current featherweight champ Alexander Volkanovski, it was time to take a little break for a fighter who had never lost two in a row, let alone three. And while he lost to someone who went on to win the world title, a former title challenger, and a jiu-jitsu wizard no one is lining up to fight, Elkins isn’t one for moral victories.

“A loss is a loss,” he said. “I do look at the good points. I know I'm fighting good fighters and that's just where I'm at in my career, so I've got to win those fights. I'm not gonna get easy fights anymore, so I'm disappointed in myself because I thought I could fight a little better in all those fights. But it’s like that saying ‘on any given day.’ That's the tough thing about fighting; you've got to be on point on that day.”

For some, that’s the appeal of the sport, that all the hard weeks of training are for one night, and you better be on that night because you don’t get a second shot for at least a couple months. For others, that’s the bad part of the sport because it’s not like baseball, where a pitcher can come back from a losing performance in four or five days.

Where does Elkins stand in this equation?

“Both,” he laughs. “It's an individual sport so there's nobody I can point my fingers to but myself. I can look back and blame an injury or something, but at the end of the day, it's my own fault. It's my performances I get to judge, and it's hard for me. I'm my own worst critic, so it's hard for me to even watch my fights afterwards. I have to give myself a couple of days, calm myself down and I'm cringing every time. Even my best fights, I'm still cringing.”

That perfectionist has still managed to win more than he’s lost at the elite level and until recently he was a staple in the top 15 at 145 pounds. To do that for as long as he has is an accomplishment, one that required a lot of blood, sweat and tears that don’t always show up on a win-loss record.

“It's easy to see people come out there and have these great performances, but they don't see the sacrifice they have to put into it,” said Elkins. “A lot of us don't celebrate regular holidays because we're training. We can't eat like everybody else on Thanksgiving or Christmas. We have a different lifestyle and most people don't understand how many sacrifices we have to make to get where we're at.”

Fighters like Elkins are still willing to make them, though. And this weekend, he returns to work. It wasn’t an easy road to get here, but he made it.

“I signed to fight right before everything got locked down,” he said. “I signed it, the next day it was 'shelter in place.' But I just kept training, running, working out, and I tried to stay focused. It's been a rollercoaster ride to get back into the cage, but I'm really looking forward to it.”