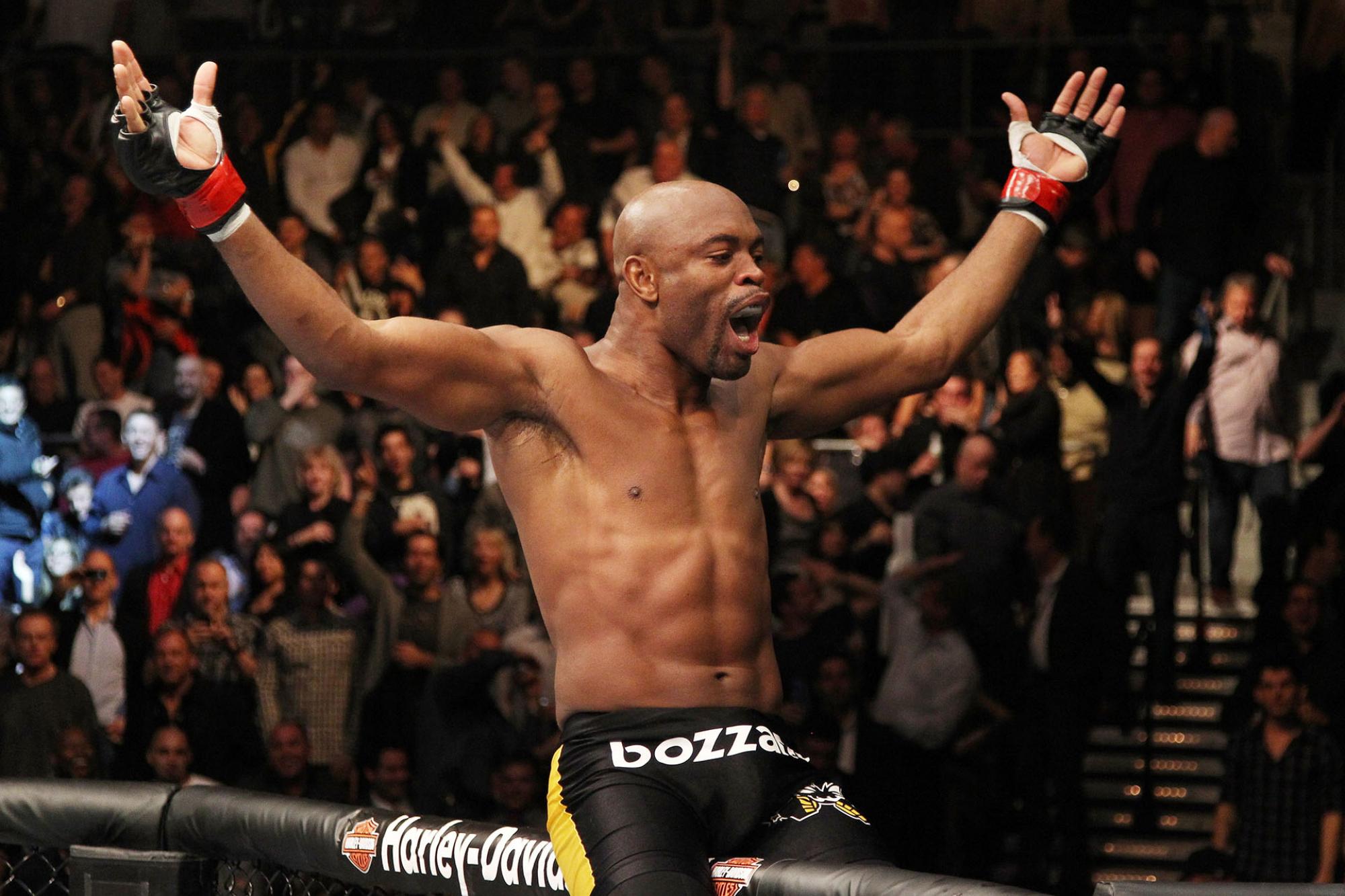 Flashback – The Reign of Anderson Silva

A Review Of The Spider's Ten Legendary Title Defenses
By Thomas Gerbasi, on Twitter: @TGerbasi • May. 21, 2020

Before Demetrious Johnson took the top spot on the list of most successful consecutive title defenses in UFC history, that record belonged to Anderson Silva. Many expected “The Spider” to keep that run going when he faced Chris Weidman at UFC 162 in 2013, but it was not to be.

The loss to Weidman did nothing to diminish the reign of Silva, though, and for proof of what an accomplishment it was to be on top for that long was, we looked at his ten title defenses for the UFC 162 event program, even getting some quotes from the men he defeated on the Brazilian superstar.

After the beginning of Silva’s reign was delayed by the failure of Travis Lutter to make weight for their UFC 67 fight, “The Spider” finally got his first successful defense under his belt with a Knockout of the Night win over Nate Marquardt.

In a meeting of two of the sport’s greatest superstars, Silva locked horns with two division PRIDE champion Dan Henderson, and after a rough first round, the Brazilian surged ahead and submitted “Hendo” with a rear naked choke.

Before his UFC 90 bout with Silva, Canada’s Patrick Cote said “I’m not intimidated by him, I’m not scared of him,” but just when the fight was heating up, a knee injury resulted in a third round TKO win for the champion. 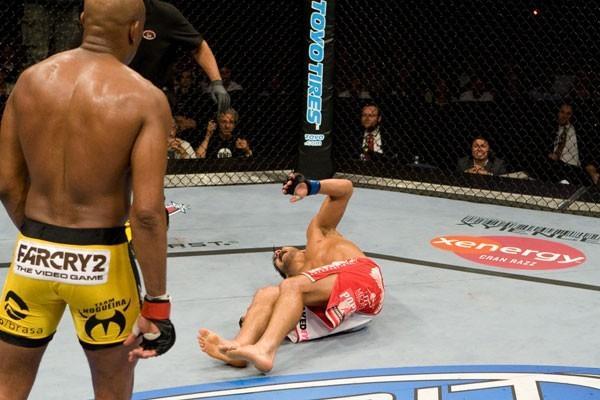 It wasn’t one of Silva’s most memorable performances, but his five round unanimous decision win over countryman Thales Leites was still a dominant effort against a dangerous foe who had no answers for Silva over the course of 25 minutes in the Octagon.

Expected to make short work of jiu-jitsu ace Demian Maia, Silva instead got a five round struggle out of his opponent, who grew stronger as the fight went on before losing a decision to Silva. “As the fight progressed, I figured ‘There's nothing to lose anymore, I'll just go after him and try my best’ and we ended up going the distance,” said Maia. 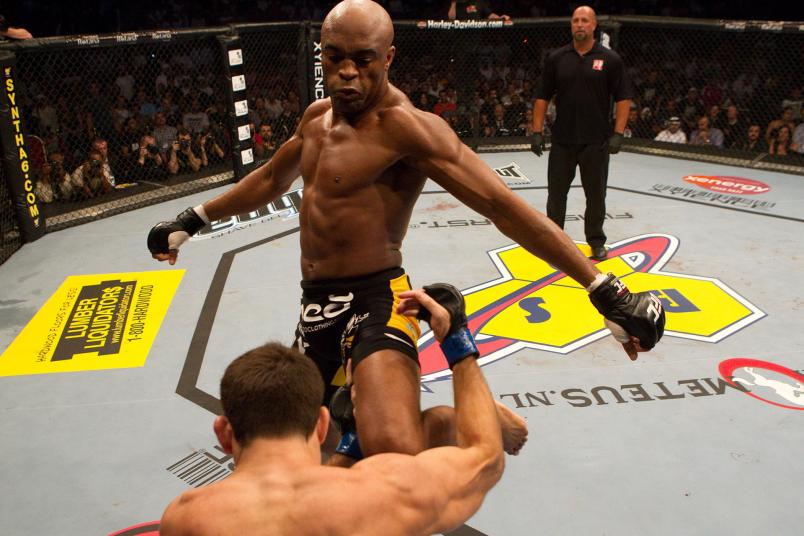 In one of the greatest fights in UFC history, Silva was stunned by the attack of Chael Sonnen, and he clearly lost the first four rounds of their bout. But Silva showed his greatness and the heart of a champion when he roared back and submitted Sonnen in the final round. 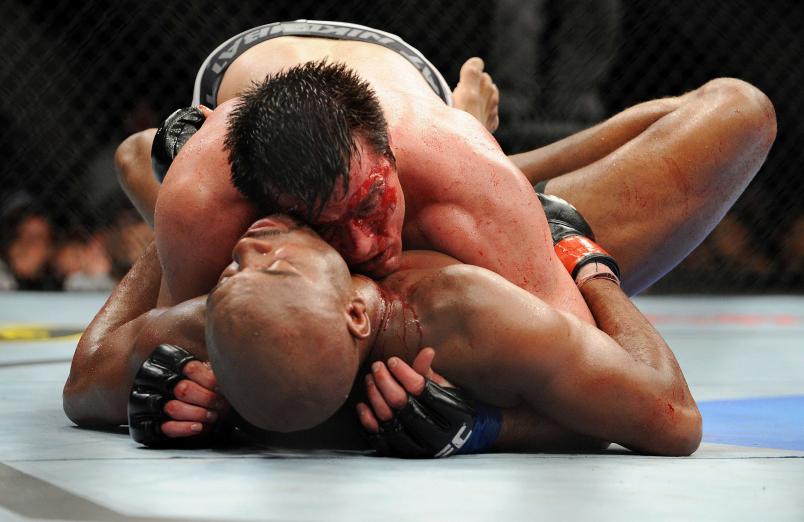 A lasting section of Silva’s highlight reel will be the front kick to the face that he used to knock out Vitor Belfort at UFC 126. It was a satisfying victory for Silva, but as he prepares to face Chris Weidman, Belfort will be an interested observer, saying “I am 100% sure that Anderson and Weidman will give the fans a big show during their fight.”

The last man to beat Silva (albeit by disqualification in 2006) was Japan’s Yushin Okami. Five years later, Silva got his revenge in emphatic fashion. "There is a unique difficulty fighting against Anderson Silva,” said Okami. “Anyone who tries to defeat him has to react to a life-size statue slipping through his devastating attacks.” 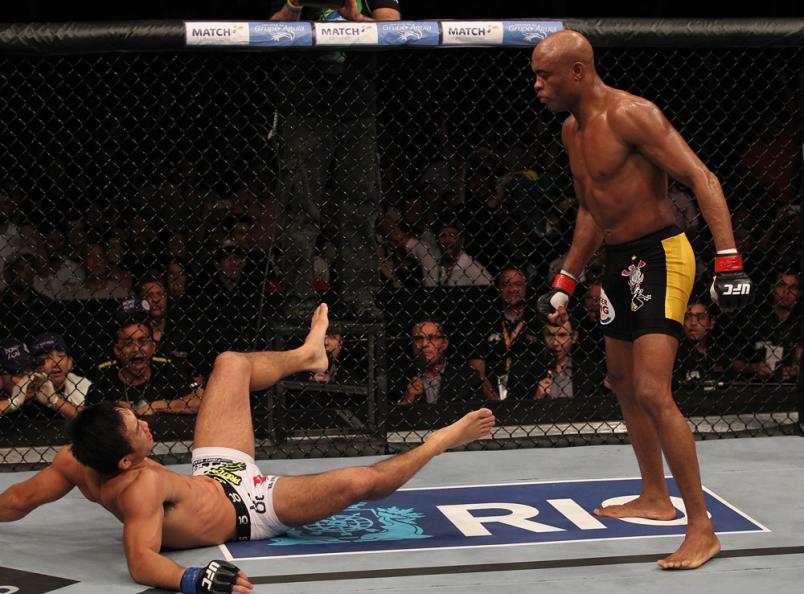 In July of 2012, fierce rivals Silva and Sonnen met again, and after enduring a first round similar to the first four of their initial bout, Silva ended matters in the second round, prompting Sonnen to say of their series, “He is the luckiest son of a bitch I have ever met.”