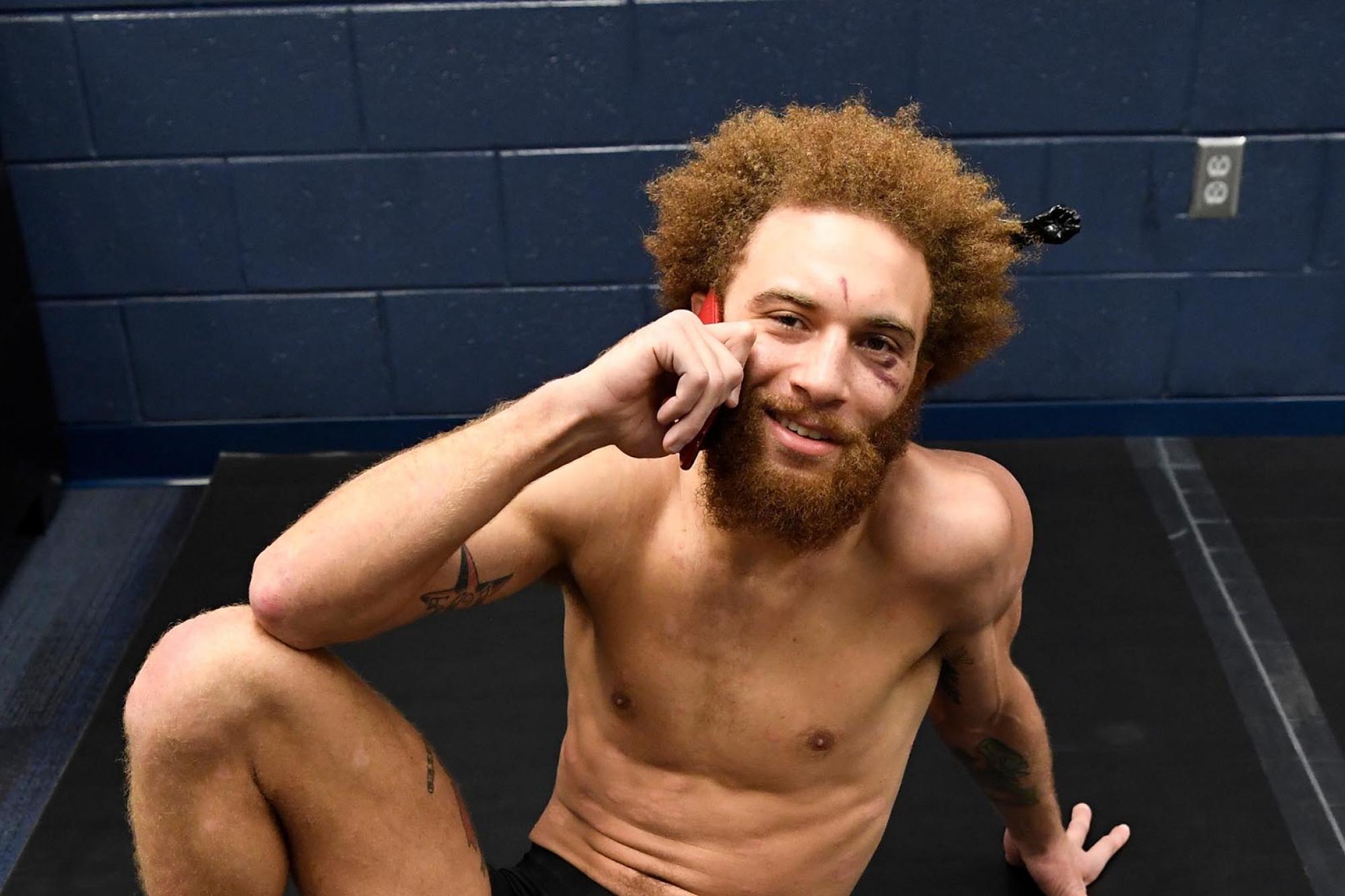 "Violent Bob Ross" Continues One Of The Most Interesting Journeys In The Game
By Steve Latrell, on Twitter: @TheUFSteve • Jun. 26, 2020

“What was really funny is that the server was like ‘What are you guys doing?’ and I said, ‘He’s just here for my pee.’ She just looked at me.”

Luis Peña is hilariously explaining his tweet where he wondered aloud if he was the first UFC fighter to take USADA out to breakfast before providing a sample.

“This was right after I fought at UFC Norfolk, so I was taking my time off. USADA calls me and says ‘Hey, we’re at American Top Team, we need to test you. I was already in the middle of getting ready to go out and get breakfast myself. I wasn’t going to stop myself from doing my own routine, nor was I going to not eat.”

“I’m the kind of person, when I wake up, the first thing I do is use the bathroom. So I was going to need a good thirty minutes to an hour to work up more pee anyway. So he gets there and I’m like ‘Yo dawg, I’m not even trying to be like this, but this is MY time, and I would like to go eat breakfast.’”

“And he was like ‘All right, well, I guess I’ll just come with you.’ So he hopped in my car and I took him out for breakfast.”

Certainly not your everyday occurrence, but Peña took it all in stride.

“The only thing that was weird to me is that he wouldn’t get anything. He just sat there and watched me eat.”

Peña adds it to his library of interesting stories, a library that already runs incredibly deep in just under 27 short years. Raised by adoptive parents in Arkansas, the man they call “Violent Bob Ross” first came into public view as a competitor on The Ultimate Fighter: Undefeated in 2018. An injury would keep him out of much of the show, but he was enough of a standout to win his match at the finale and secure his place in the UFC.

In the years since, Peña would begin to encounter members of his biological family, encounters he discussed openly about on social media. He speaks candidly of trying to navigate the concurrent journeys of rising as a professional athlete and connecting with his bloodline.

“It’s definitely been challenging because it’s a lot to deal with emotionally and sometimes you don’t know how to cope with all that,” he explains, noting the difficulty of balancing perhaps the most private and the least private of experiences.

“But at the same time, people are asking me about it that follow the sport. They want to know, and it’s not like I don’t want to get into it or anything. It’s the juggle of being in the public eye and not putting my family there if they don’t want to. The more people hear the story and see who I am—same with my family who is just starting to get to know me—it allows them to see a side of me that you normally wouldn’t.”

“As open and as easy to talk to as I am in interviews,” he continues, “you’d be surprised, in more emotionally tense situations, I can shut down and be very hard to talk to. So through them being able to see all this stuff, I imagine that they’re learning things about me that they wouldn’t by just talking to me. At the same time, it’s allowed them to understand that I’m just a genuine dude, so the stuff you’re going to see out there is just who I am. I can’t help it. I just can’t help but be Luis.”

Just being Luis has already paid dividends in his young UFC career, where he’s just as versatile and feared inside the Octagon as he is enigmatic and approachable outside of it.

“One of the biggest guys in the division,” explains UFC President Dana White, excitement in his voice. “This guy is 6’ 3”. He has nasty range. He’s a great striker, but he’s even better on the ground.”

It’s that well-rounded skill set that the lightweight looked to sharpen with a recent move to Florida’s juggernaut American Top Team.

“It was just getting too expensive to live out in Silicon Valley,” he explains of the difficult decision to move on from American Kickboxing Academy, the gym he had long associated with. “I called Rosendo (Sanchez), I called DC. They gave me their blessing to do what I had to do. I had to make a sacrifice.”

In training at ATT, he now finds himself fighting on the same card as teammate and division-mate Dustin Poirier at Saturday’s UFC Fight Night: Poirier vs Hooker. Peña is slated to face hot UFC upstart Khama Worthy. 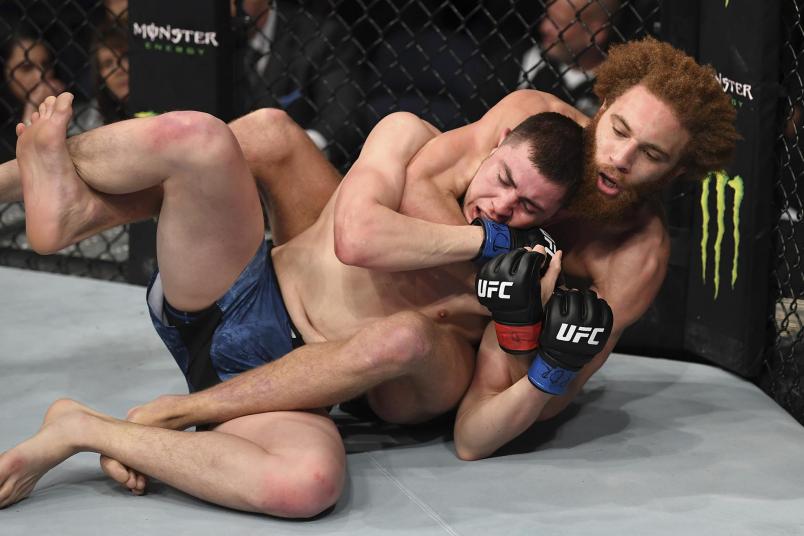 “At this point in my career with seven Octagon trips, I did not expect to be fighting someone who is making his second. But, like I said before, I see the name value in fighting someone like Khama, who is coming off a big win over a really hyped-up opponent in Devonte Smith. So people know who Khama is. It’s not like I feel I’m getting the short end of the stick or anything. It’s still a good matchup for me. Stylistically, this is a great matchup. He’s going to want to trade on the feet. I’m the same way, but at the same time I feel I have a few more skills than he does to be able to dictate where this fight goes whenever I want to.”

Much has been made of the new normal: fighting in the UFC Apex in front of zero fans in a smaller Octagon. But this doesn’t faze Peña in the least. Pointing to his hours in the notoriously hot TUF gym, his experience in more intimate settings was literally forged in fire. By comparison, the Apex will feel like luxury accommodations.

“Aw, Dude, people don’t understand. That TUF gym was ridiculous. It’s a sauna in there when you’re fighting. Especially under all those lights. Cameras are there and everything, but they’re not right there in your face. There’s no walkout music. It’s not the same. It really does feel like you’re going out to fight in a backyard brawl.”