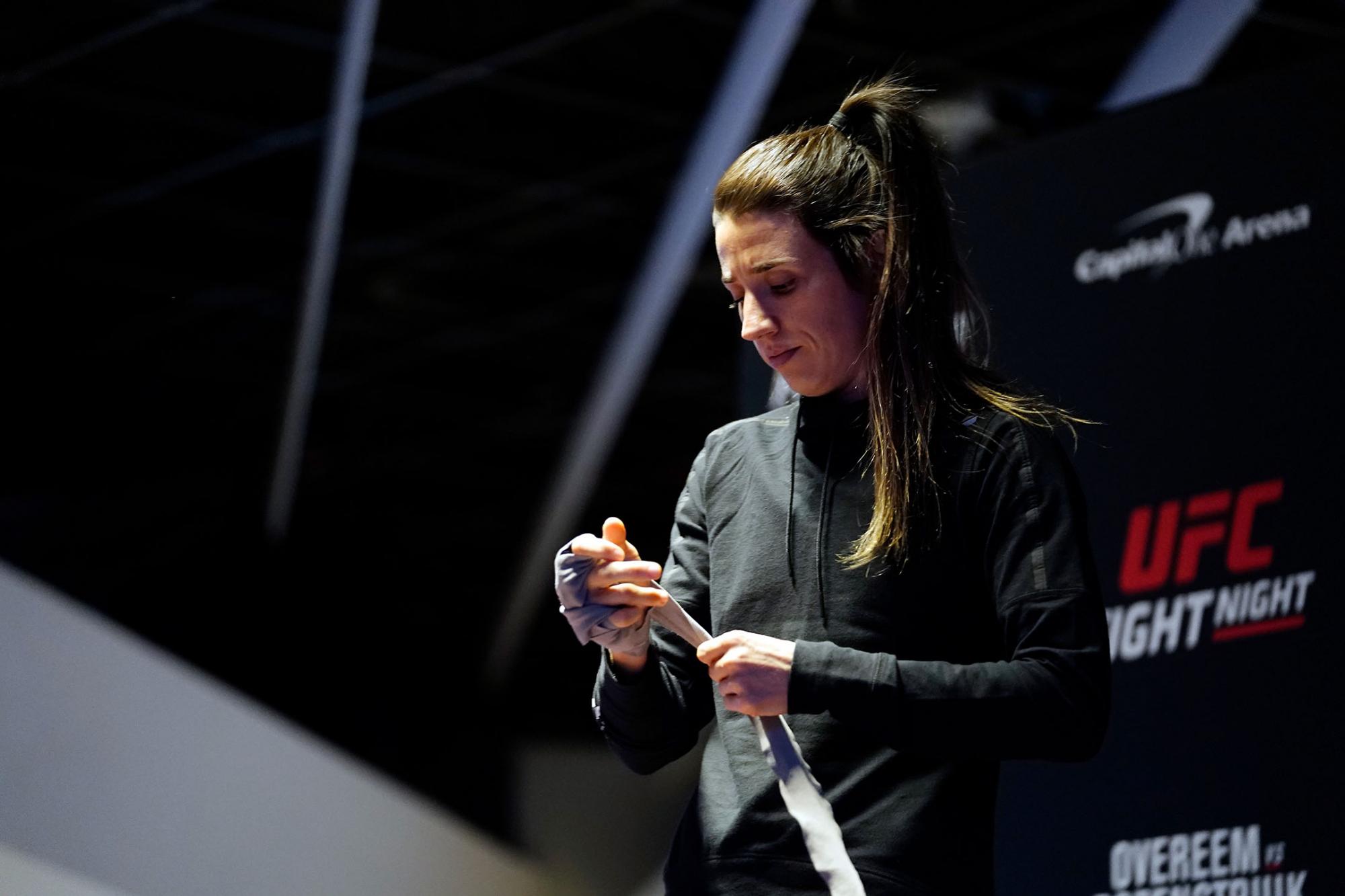 Read any amount of sports journalism and you’ll find the word “focused” used so often that you can begin to forget what it means. Interacting with Marina Rodriguez for any amount of time, however, is a living reminder of what it means to embody focus. In every phrase, every gesture and every story, the Brazilian exudes a deeply held commitment to the task at hand: getting her hand raised on fight night.

Her bout on Saturday against Carla Esparza had been slated to be the co-main of one the earlier incarnations of Fight Island but had to be pushed back out of an abundance of caution when one of her corners tested positive for coronavirus. Comparatively speaking, having to fight a week later than planned was not a big deal. 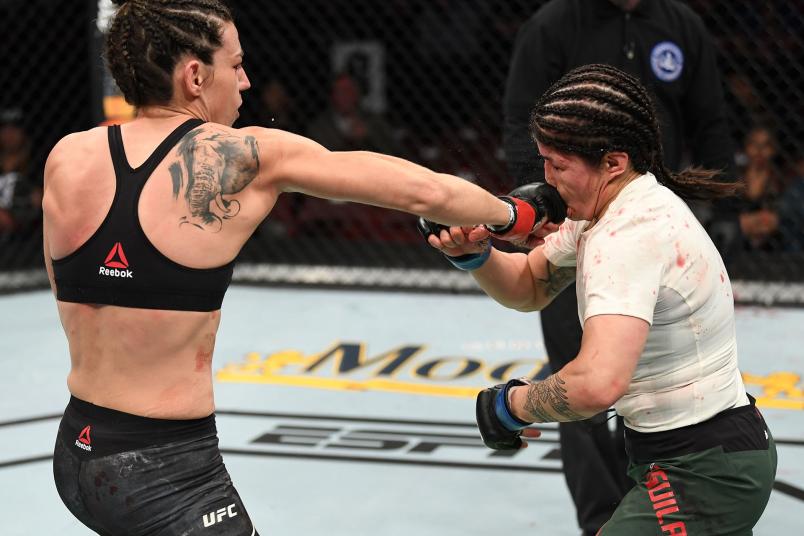 Getting to Fight Island in any kind of shape is a task unto itself when you’re traveling from anywhere in the Western Hemisphere. But being a professional athlete during a global pandemic presents its own set of challenges

“We started off quarantining for ten days in Sao Paulo, so that was a bit rough,” she admits. “It took a lot of mental strength to keep going and make sure we made the most out of the time that we had there. After Sao Paulo, we came over here and spent two days quarantined, adapting all the training sessions and everything to make the most out of what they had available. But after that everything went back to sort-of normal. We got a training room and things got a bit easier.”

Listening to the no-nonsense Rodriguez speak gives the impression that the “mental strength” she speaks of is something that she wields with the same ease and force as the physical strength that has allowed her to amass a professional MMA record of 12-0-2. Since entering the UFC in 2018, the strawweight hasn’t had an easy road to staying undefeated. Her promotional debut against Randa Markos was followed by matches with Jessica Aguilar, Tecia Torres and Cynthia Calvillo. The road continues uphill when she meets former champion Esparza.

“Carla is a very well-known fighter in the division since Day One, she’s a former champion—mostly a grappler and wrestler—but now she’s coming off a very nice win streak. Hopefully that pumps her up a little bit and maybe she tries something different. Who knows? Maybe she’ll try to strike with me. If that happens, the fans will only win from that. We’re going to put on a really awesome show. But if she doesn’t and she fights normal, I’m ready for that as well. I’m just here to get the win.”

Still early into her career with the promotion, Rodriguez holds a very particular record: she’s the only fighter in UFC history to have two of her first four fights end in draws (Markos & Calvillo). But the old MMA adage “never leave it in the judges’ hands” doesn’t resonate with her.

“Not at all. Honestly, in those two draws I believe I won two rounds and lost one, so I consider them wins in my book. I know what I have to do. I’m more than capable of finishing the fight if that’s what has to happen and that’s how the fight flows. But I’m just there to get the win, no matter what.”