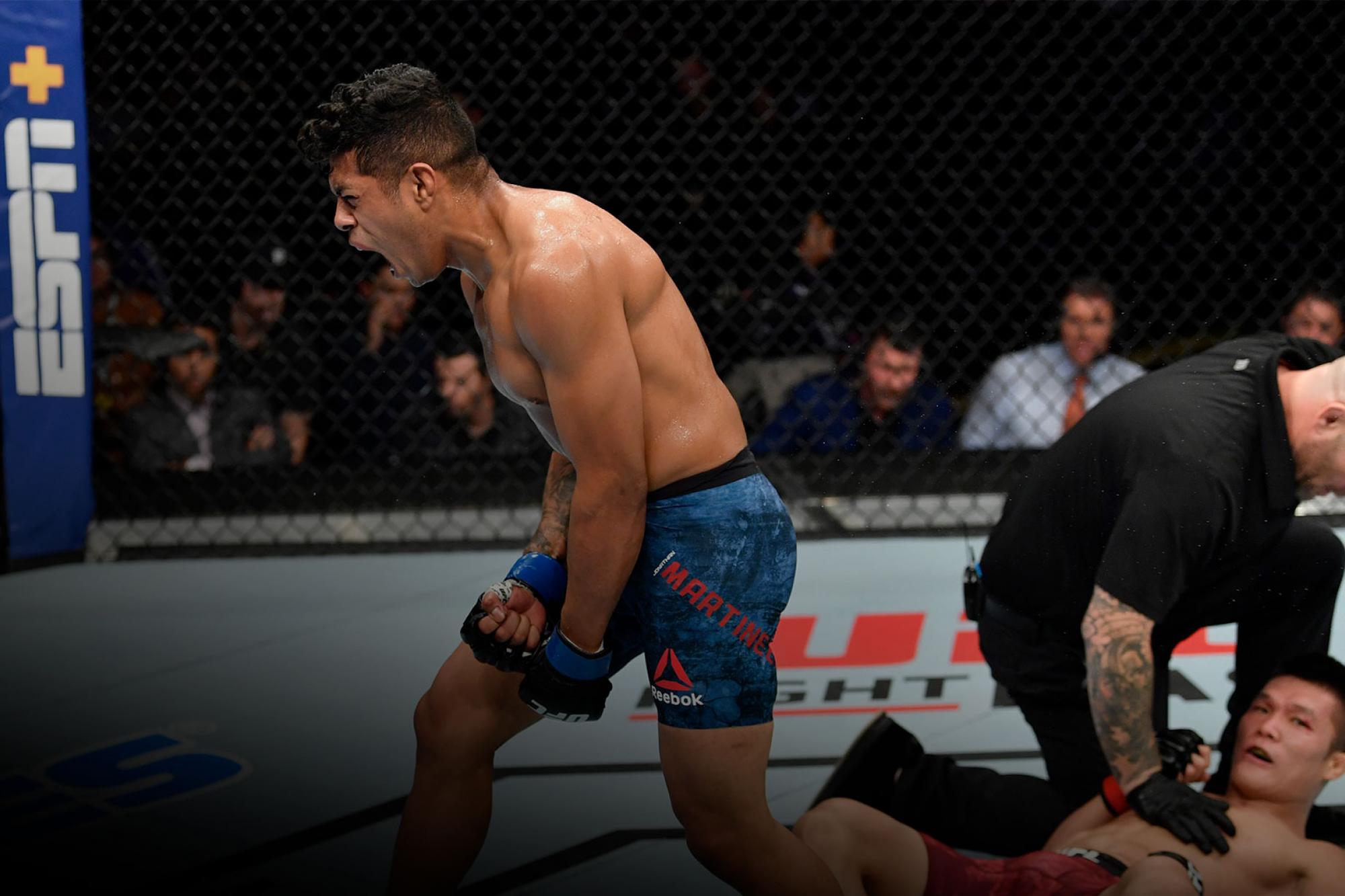 No Fans Remind Jonathan Martinez Of The Old Days

Jonathan Martinez will be used to fighting without fans when he steps to the Octagon on Saturday. He said it reminds him of old street fighting days.
By Thomas Gerbasi, on Twitter: @TGerbasi • Jul. 29, 2020

If you know Jonathan Martinez, the quiet man of the UFC’s bantamweight division, then you understand that fighting without a crowd present, like he will this Saturday in Las Vegas, is the perfect scenario.

“That's the best thing, so I'm kinda excited,” he laughs. “There's no fans, I don't gotta be nervous. I just gotta walk in there. It's pretty much like a street fight back when I was in high school.”

“There were no fans,” he continues. “So I just go in there, do my job and leave. Not actually leave, but run.”

That explains how he got here, a 26-year-old prospect with two wins in the UFC heading into his bout against veteran Frankie Saenz. But if you ask the Plainview, Texas product about that Octagon slate, he insists that all is not as it seems.

“To me, I'm still 3-1,” said Martinez, who is coming off a controversial split decision loss to Andre Ewell in February. How controversial? On the MMADecisions.com website, which polls media members, 12 of the 13 polled saw Martinez as the winner. The “Dragon” agreed.

“I felt good in the fight since I thought I did everything to win,” he said. “Then after that, it was like, ‘Damn, they gave me a loss.’ I checked the video again and I was like, 'Man, I did good, blocked all his hits, what else do you want me to do?'” 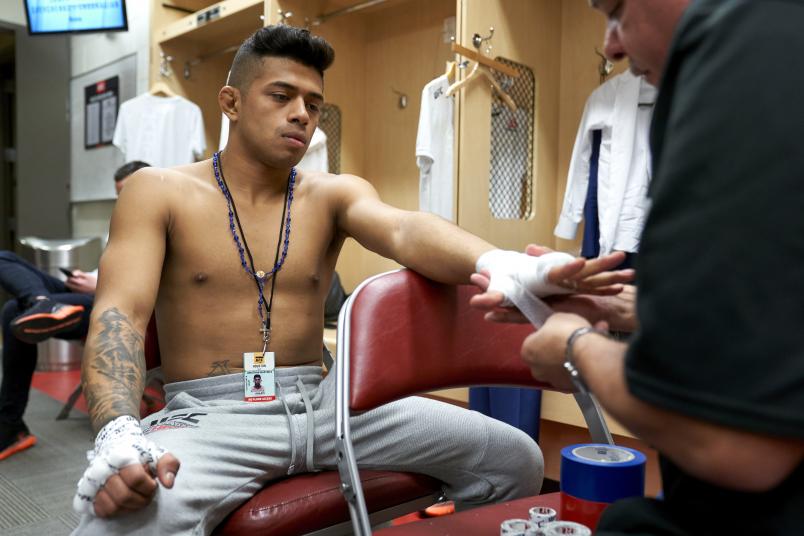 HOUSTON, TEXAS - FEBRUARY 08: Jonathan Martinez has his hands wrapped backstage during the UFC 247 event at Toyota Center on February 08, 2020 in Houston, Texas. (Photo by Cooper Neill/Zuffa LLC via Getty Images)

MORE FROM UFC VEGAS 5: Fight by Fight Preview | Fighters On The Rise | Free Fights: Brunson vs Machida | Shahbazyan vs Jones

It’s one of the perils of the fight game. In most sports, you score more than the other team and you win, no controversy, no questions asked. In combat sports, three judges determine a fighter’s fate if the bout goes the distance. And sometimes what they see and what you see are two different things. I ask Martinez how often he’s watched the Ewell fight.

That could be worse than being locked indoors during the COVID-19 pandemic.

“I know, just watching it,” he laughs.

There are worse fates, though, and Martinez did bounce back, taking solace in the support of fans, his team and his fellow fighters. He even got an Instagram message from Joe Rogan about the fight. Most importantly, he’s got a new fight in front of him, giving him the opportunity to put his last one in the past.

“I'm just ready to get back in there, honestly,” said Martinez, who knows what he’s up against in Saenz, but he’s confident that he will be getting his hand raised this weekend.

“I feel like all the fights are hard,” he said. “But I'm going against this guy, he's a big name, and this will pretty much be the start of a new winning streak.”

If he’s right, that streak will begin without the roar of the crowd he’s become accustomed to over the years. But I get the feeling Martinez will be okay with that.