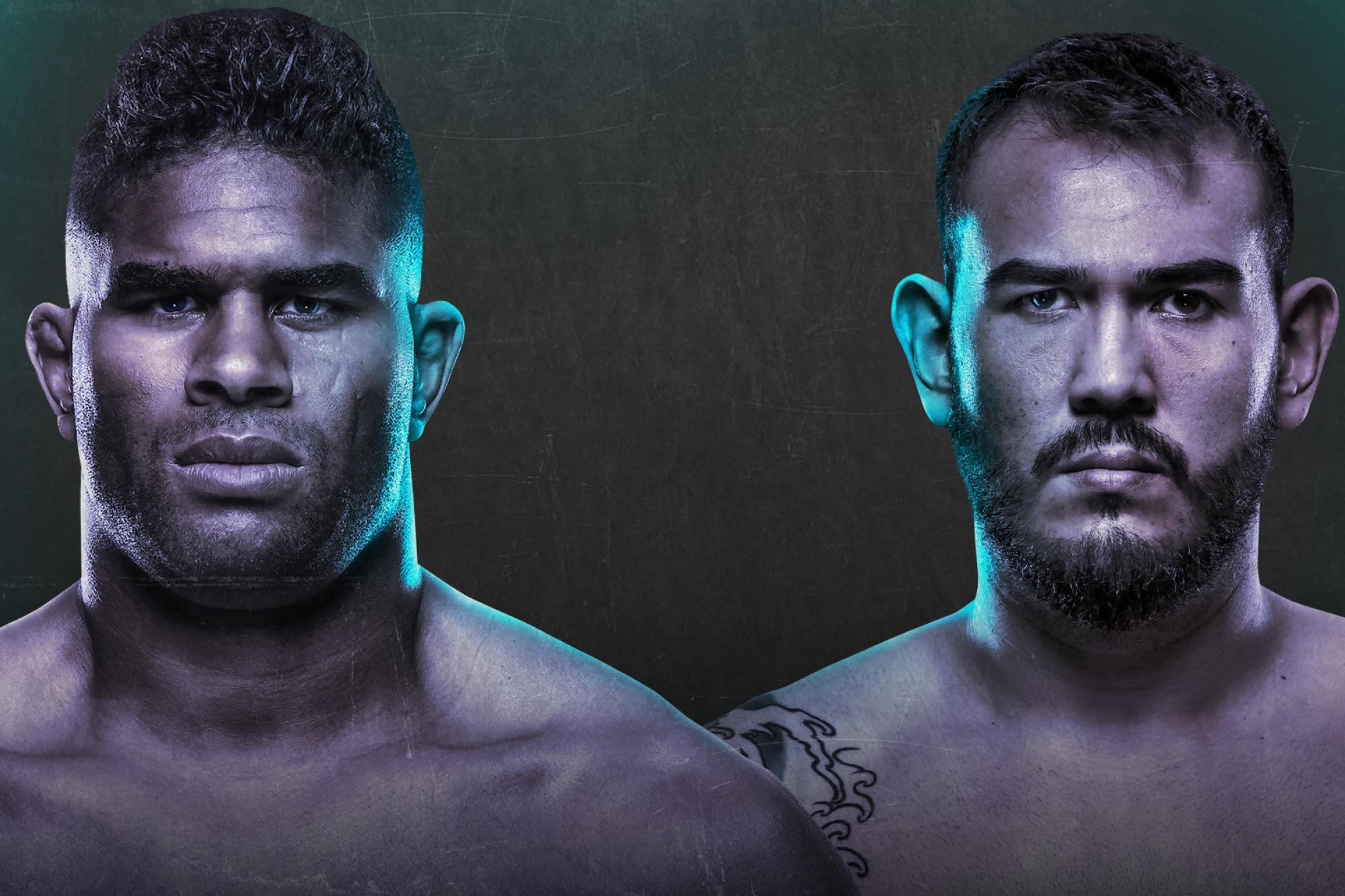 UFC kicks off September with a battle between heavyweight KO artists, as No. 6 ranked contender Alistair Overeem faces No. 9 Augusto Sakai.

A 21-year veteran who has competed against the MMA and kickboxing elite, Overeem (46-18 1NC, fighting out of Amsterdam, The Netherlands) still has his sights set on capturing UFC gold. Over the course of his legendary career, he has delivered memorable knockout wins over former champions Junior Dos Santos and Brock Lesnar, as well as Mark Hunt. Overeem now aims to stop another rising, young contender and re-assert himself as one of the most dangerous heavyweights on the planet.

Unbeaten since joining the UFC roster in 2018, Sakai (15-1-1, fighting out of Curitiba, Brazil) wasted no time in cracking the heavyweight division’s top 10. Originally signed following a spectacular performance on Dana White’s Contender Series, he has since secured impressive victories against Blagoy Ivanov, Marcin Tybura and former UFC heavyweight champion Andrei Arlovski. Sakai now hopes to take advantage of his first UFC main event opportunity by earning the biggest win of his career.

Initially slated to take place two weeks earlier, light heavyweights Ovince Saint Preux and Alonzo Menifield will finally clash in Saturday’s co-main event. Both men have the potential to end things in a hurry and there is a very real possibility that this one will end in spectacular fashion without the judges needing to get involved.

Hunter Azure got back in the win column in the bantamweight opener, as he scored a close, but unanimous, three-round decision over Cole Smith.

Azure (9-1) got the fight to the mat in the opening minute, and while Smith didn’t stay there for long, he then got tagged and dropped with a left hand. Again, Smith rose quickly and got out of immediate danger, pinning Azure to the fence and landing a flush elbow that knocked his foe’s mouthpiece out. Once separated, Smith threw some kicks before getting grounded, and even when he rose, Azure stayed in the lead until the horn.

After eating a couple right hands to start round two, Smith got his own takedown. Azure rose quickly, but Smith kept looking for the takedown, even getting his back taken briefly by the Contender Series graduate, who was controlling the grappling exchanges.

Smith (7-2) made a late charge in the third round, nearly catching Azure in a rear naked choke, but a finish wasn’t in the cards, allowing Azure to leave with three identical scores of 29-28 and the win.

Fighting smoothly and confidently, Araujo controlled the action throughout, bloodying De La Rosa’s nose while tagging her regularly with jabs, overhand rights and kicks to her opponent’s lead leg. De La Rosa was competitive throughout, and had some positive moments, but she wasn’t able to land anything to deter Araujo or get her to the mat, leading to a clear victory for the Brazilian.

Brian Kelleher talks about his first-round finish at UFC Vegas 9.

After being slated to face two other opponents before Ray Rodriguez made the walk to the Octagon on short notice, Brian Kelleher had a short night at the office, submitting the Texas newcomer in the first round of their featherweight bout.

Rodriguez, a Dana White’s Contender Series veteran, came out aggressively after Kelleher, maybe too aggressively, as a takedown attempt turned into a guillotine choke by the New Yorker, who got the tap out from his foe at 39 seconds of the opening frame.

With the win, Kelleher, who was originally scheduled to face Ricky Simon, moves to 22-11. Rodriguez, who replaced Kevin Natividad, falls to 16-7.

Andre Muniz defeats Bartosz Fabinski by Submission due to an Armbar at 2:42 in Round 1

Fabinski worked hard for the takedown in the first round, but once he got it, he got caught in a guillotine choke. The Warsaw product got loose, but then fell right into a Muniz armbar, forcing a tap out at the 2:42 mark.

Dynamic Brazilian striker Michel Pereira picked up his first win since May 2019, as he put on a striking clinic before submitting Zelim Imadaev late in the third round of their welterweight bout.

Pereira was sharp from the start and he didn’t let up, with his unorthodox style baffling Imadaev and keeping him from getting into a rhythm. The Brazilian got his foe in trouble a couple times with an early flash knockdown and a third-round Superman punch, and after a suplex of Imadaev, he sunk in a rear naked choke that ended the bout at 4:39 of the final frame.

Veteran standout Ovince Saint Preux had a successful return to the light heavyweight division, knocking out Alonzo Menifield in the second round of the UFC Fight Night co-main event.

Saint Preux, whose last bout was at heavyweight against Ben Rothwell, landed with some sharp straight lefts early on before Menifield closed the distance and bulled him into the fence. Once separated, it was OSP still doing good work from long range as Menifield fought in a disciplined fashion, looking for openings, and with seconds left in the round, he found one, landing hard hooks at close quarters.

OSP kept outworking Menifield in round two, and when the Texan began making rushes, he walked into a left punch to the head that put him down and out at 4:07 of the second stanza.

Alistair Overeem defeats Augusto Sakai by TKO at 0:26 in Round 5

The chase for a second UFC title fight is still alive for 40-year-old heavyweight contender Alistair Overeem, who stopped Augusto Sakai in the fifth round of their UFC Fight Night main event at the Apex in Las Vegas to move to 4-1 in his last five bouts.

After a brief feeling out process, Sakai got Overeem’s attention with a body shot, and he followed up with knees from close range. Overeem responded in kind, and after a brief stay against the fence, the two went back to fighting at distance, Overeem wobbling Sakai with a right hand with under two minutes left. Sakai responded well, landing some hard shots in the closing stages of the round.

Both fighters had their moments early in round two, but Sakai had an impressive run just before the midway point of the frame, landing several shots before Overeem slowed things down with a clinch. Once he opened up his offense again, Overeem bloodied his foe, continuing the back and forth nature of the bout.

Sakai upped his work rate in the third, but Overeem, showing his veteran experience, switched things up with a takedown with a little over a minute and a half remaining and he kept the fight on the ground until the horn.

An elbow from Sakai opened a cut on the forehead of Overeem in the fourth frame, but a low kick by the Netherlands veteran brought a momentary halt to the action, keeping the Brazilian from capitalizing. With a little over two minutes left, Overeem got a second takedown, and this time he went all-in on his ground-and-pound attack, battering his bloodied foe until the end of the round.

Taking the fight down to the mat immediately to start the final round, Overeem knew what was working and he ended up finishing the fight with it, as a series of unanswered strikes prompted referee Herb Dean to step in 26 seconds into the fifth frame.